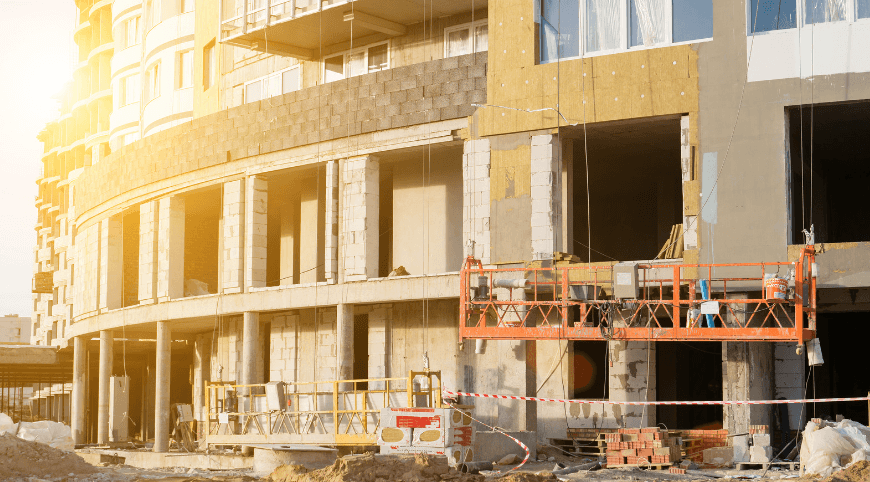 Are you leaning towards stucco in your new construction or renovation project? If so, have you considered EIFS instead? Both offer excellent visual appeal, especially in our Colorado climate and culture. While some might label External Insulation and Finishing Systems (EIFS) as “synthetic stucco,” it’s actually a complete cladding system that has less in common with stucco than you might think.

EIFS is the acronym for external insulation and finishing system. It comprises several layers between the sheathing and the exposed finish. The system starts with a water barrier attached to the sheathing — such as house wrap, felt paper or cementitious gypsum board. Next, an insulation board — usually expanded polystyrene (EPS) — is attached either with plates and screws or adhesive. Between the water barrier and insulation board, the installer will create a narrow gap for water drainage. This can take many forms: liquid-applied vertical ribbons of adhesive, ribbed sheets of specialized house wrap or, to save labor and material, simply the adhesive applied with a notched trowel to form drainage channels. Upon the insulation, a base coat of acrylic polymer receives a sheet of reinforcing nylon mesh then the top coat of stucco-like acrylic or other architectural finishes.

Benefits of Using EIFS as Your Exterior Insulation Finishing System

Clearly, EIFS aren’t just synthetic stucco, essentially applied like the traditional concrete siding. They are complete systems that bring several benefits to the building. The stand-alone advantages include the following:

EIFS were developed in Europe after WWII and brought to the US in 1969. Because they offer continuous insulation around a building, they became popular as a system to meet the tightening regulations controlling the energy efficiency of commercial buildings. The continuous insulation, uninterrupted by interior studs that act as a thermal bridge, can significantly increase the R-value of the walls to which it is applied.

Stucco, at roughly an inch thick, offers an R-value of about .20. However, EIFS, depending on the thickness of the insulation board, can offer an R-value between 4 and 5.6. When you combine an EIFS with insulation in the wall cavity, you can achieve R-values of about 16 or more. If conserving energy isn’t benefit enough, there’s more.

Where stucco weighs approximately 10 pounds per square foot, EIFS weigh about 2 pounds. With 80 percent less cladding weight to support, you can save money in foundation and structural support costs.

While properly-applied stucco systems are impact and puncture resistant, so, too are EIFS. In fact, they have even greater flexibility than stucco, rendering them able to sustain mild blunt and puncture damage at the same rate as stucco yet easily resist common building deflections and the typical cracking to which stucco is vulnerable.

Dryvit, the first company to offer EIFS in the US market, now manufactures finishing products that reach far beyond the stucco look. With Dryvit Outsulation, your building can appear clad in brick, stone and even metal. Plus, you can use shaped EPS to design an infinite number of architectural features, creating stunning visual appeal for next to nothing in extra costs.

Back in the 1980’s, before EIFS manufacturers incorporated drainage channels in their systems, some homes experienced trapped water in the walls that created damage. Lawsuits and settlements followed. However, that design flaw has been entirely eradicated. Most siding systems will permit some water penetration — even stucco. So, proper installation — especially around doors, windows and control joints — poses a critical aspect of securing the building envelope — any building envelope. By following the manufacturer’s installation guidelines and not taking shortcuts, wall damage from your EIFS after even extreme rain and snow events remains very unlikely.

In spite of earlier issues with EIFS, they continue to gain popularity in the marketplace. For new construction, the increase in insulation can mean specifying a lower-capacity HVAC system while sacrificing no interior comfort. The fact that an EIFS weighs less than many other siding options can increase crew productivity and lower structural costs. These advantages may be all you need to choose EIFS over stucco. When you add on the extra bonuses of creative architectural design capabilities and durability over time, you may even ask yourself, “Why wouldn’t I go with EIFS?” If so, you would be in good company.

According to recent research conducted at the Department of Energy’s Oak Ridge National Laboratory, EIFS were validated as the best performing cladding in terms of moisture and thermal control compared to brick, stucco and fiber cement siding systems. Furthermore, as long ago as 2002, EIFS detractors began to re-assess their favor for the systems. Simply adding the moisture control element was all they needed to become enamored of EIFS. In 2002, a former expert witness for the plaintiffs in class-action lawsuits, Joseph Lstiburek of Building Science Corporation, had this to say: “It’s a phenomenal system. They addressed the fundamental flaws that they had in the 1990s, which is they added moisture management. And now EIFS resembles the perfect wall.” [emphasis added]

With a drainage feature similar to that used with brick walls, plus the continuous insulation, light weight, durability and design versatility, EIFS will continue to grace more and more new construction and renovations, both residential and commercial, throughout Colorado.

If you need more information on stucco or EIFS, Jones Heartz can help. Just contact us at any of our five Colorado locations to speak to an expert. We’ll discuss your project, budget and concerns to help you choose the right siding product for your specific need. Give us a call today!